On Wednesday, August 5, a new email fell into the inboxes of several people across the US. And those who opened the email saw an invitation to officially become a part of the Trump club (or cult, same difference) of self-proclaimed saviors who are destined to SAVE AMERICA.

The email showed that former president Donald Trump wanted his supporters to pledge their allegiance by carrying around “Trump Cards.” In the email, there were four different design options that receivers could vote for.

What was most amusing was that the most important word—”official”—was misspelled in one of the designs.

“The card you select will be carried by Patriots all around the Country,” the email said. “They will be a sign of your dedicated support to our movement to SAVE AMERICA, and I’m putting my full trust in you.”

The second and more persuasive of the two emails, sent by Trump’s Save America political action committee, said that the Official Trump Cards were “reserved for President Trump’s STRONGEST supporters.”

“We recently met with the President in his Florida office and showed him four designs,” said the email. “Originally we were planning on releasing just one design, but when President Trump saw the cards on his desk, he said, ‘These are BEAUTIFUL. We should let the American People decide – they ALWAYS know best!”

Of course, there might be an ulterior motive to making these cards sit comfortably in the pockets of someone wearing a MAGA hat and hoodie. Individuals who click on the link to vote for their favorite design will then be redirected to a fundraising page. Then, a message will appear on their screen and encourage them to contribute to Trump’s movement.

“President Trump appreciates your input, and now he’s calling on YOU to take the next step and SAVE AMERICA!” the message says.

The idea of attaching value to a piece of plastic can actually turn out to be a great marketing gimmick, says a source who acted as the former campaign adviser for Trump in 2016.

Trump employed the same tactic during his presidential campaign in 2016 as well, where he asked die-hard Trump fans to distinguish themselves from other right-wing supporters by buying Trump Cards.

“The thinking was, if you want to be a Trump supporter among Trump supporters, this little card is how you separate yourself from your peers,” the former campaign adviser said on the condition of anonymity.

Back then, Trump would reportedly attend rallies and ask the crowd: “If you have your Trump Card, hold it up.”

On one hand, some would be filled with pride as they lift up their card and receive a thumbs up from Trump in return. On the other hand, those who didn’t have a card would feel embarrassed and possibly left out.

The former campaign adviser said that the card became such a hit that they “couldn’t find companies that could produce them fast enough.”

Now, about five years later, Trump is no longer in the White House but doesn’t mind using the old tricks to feed his agenda. “They’re playing the hits,” the former campaign adviser said, “and going back to what works.” 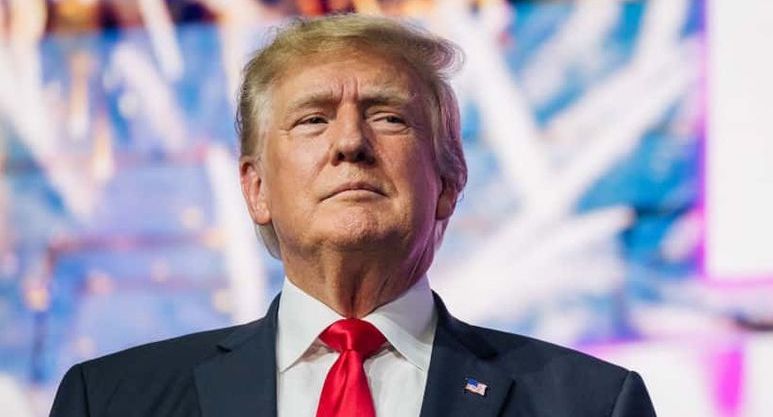